The crolices are long green roots, of smooth appearance, which pull their resources from deep beneath the ground of the Forest. Some botanists believe that they are actually shoots of the giant roots constituting the Bark. They form arches near the ground or rise towards the sky.

They are found particularly at cliff-tops and in the Nexus.

They are covered with bright green moss that blooms in a myriad of small colourful flowers in summer, and more rarely small leafy branches appear.

This is the root which, once modified, is used in major botanical Matis works such as the Arena. Note that they are very sensitive to Goo. 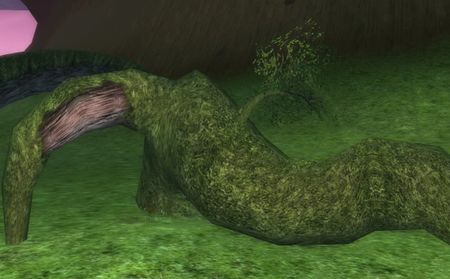